Step back in time by experiencing a guided tour into the Ancient Site of Akrotiri, one of the most important prehistoric settlements dated back to the Bronze Age.

See the History Unfold Before Your Eyes

The volcanic eruption of the 1650BC covered the town of Akrotiri and the entire Santorini island itself. The materials have protected the buildings and their contents, just like Pompeii… only Older, much Older!!!

Let me introduce you to the ancient world of the MInoan-Akrotiri and unfold the lost Atlantis theory  which many relate it with.

The earliest evidence for human habitation of Akrotiri can be traced back as early as the fifth millennium BC. Back then it was a small fishing and farming village. By the end of the third millennium, this community developed and expanded significantly. One factor for Akrotiri’s growth may be the trade relations it established with other cultures in the Aegean, as evidenced in fragments of foreign pottery at the site. Akrotiri’s strategic position on the primary sailing route between Cyprus and Minoan Crete also made it an important point for the copper trade, thus allowing them to become an important center for processing copper, as proven by the discovery of molds and crucibles there.

Akrotiri ’s prosperity continued for about another 500 years;

paved streets, an extensive drainage system, the production of high quality pottery, and further craft specialization all point to the level of sophistication achieved by the settlement. This all came to an end, however, in the late 17th century BC with the volcanic eruption of Thera.

The Minoan eruption of Thera, also referred to as the Thera eruption or Santorini eruption.  It was a major catastrophic volcanic eruption with a Volcanic Explosivity Index (VEI) of 6 or 7 and a dense-rock equivalent (DRE) of 60 km3 (14 cu mi). Dated to the mid-second millennium BCE, the eruption was one of the largest volcanic events on Earth in recorded history. It devastated the island of Thera (now called Santorini), including the Minoan settlement at Akrotiri and communities and agricultural areas on nearby islands and the coast of Crete with a related earthquake and tsunami.

Cable car station in Fira town (at the top) or your hotel lobby End location: Fira town or any agreed point 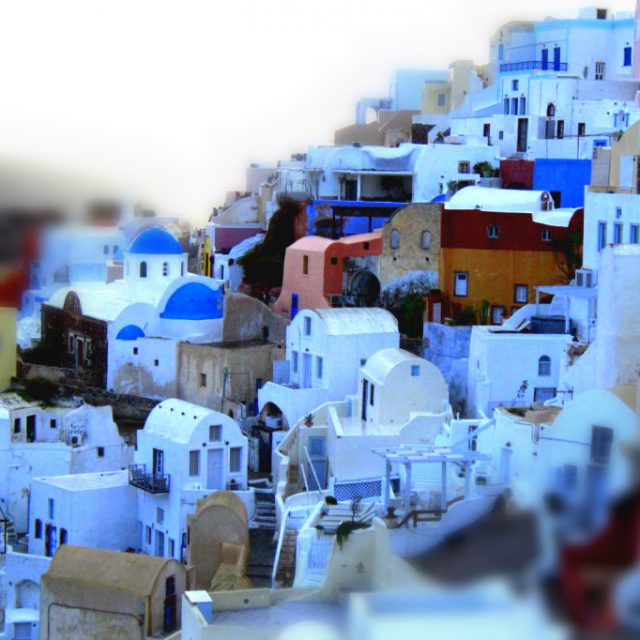 SANTORINI MADE TO PLEASE 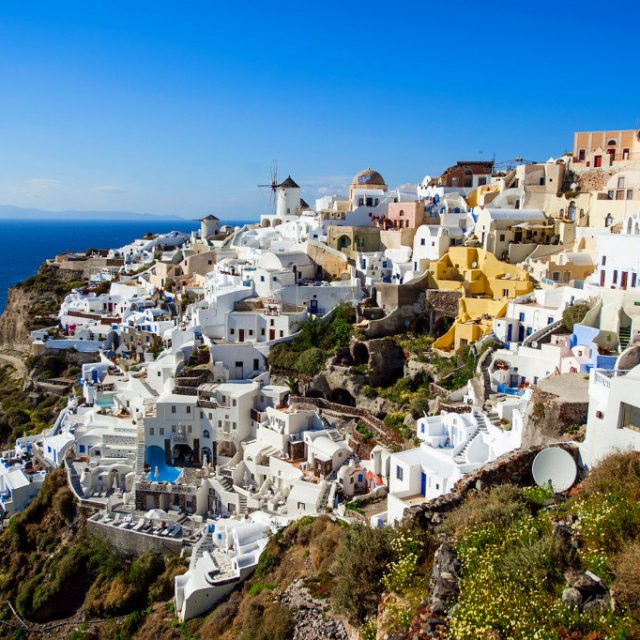 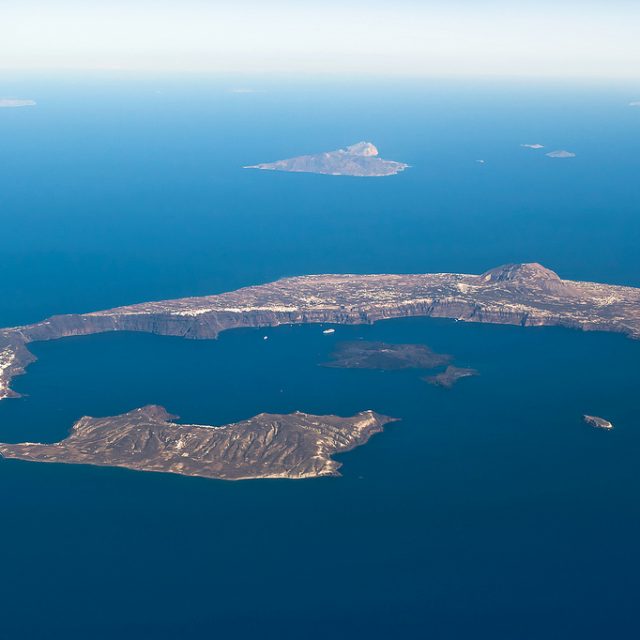 Oia – Prophet Ilias -Blue Dome – Wine tasting – Fira. Feel and Taste the Hilights of the island with a private guide 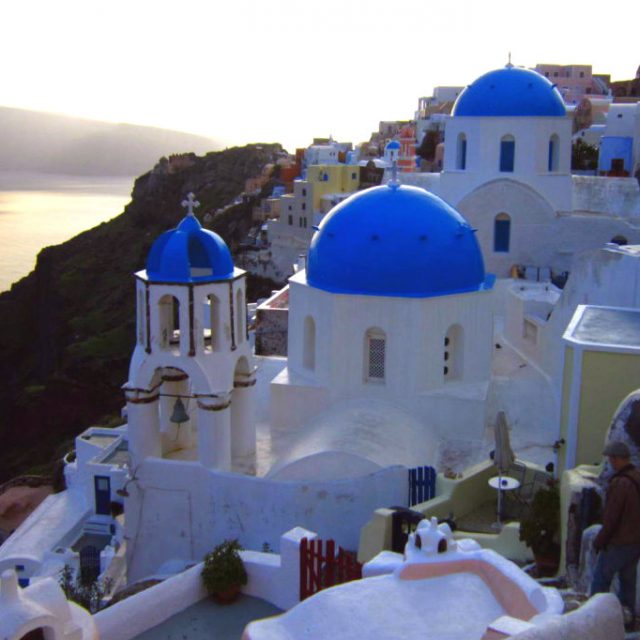 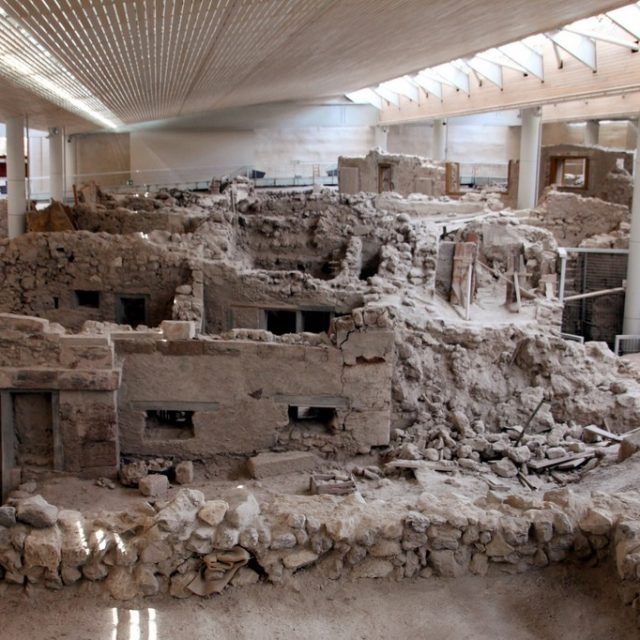 See the History Unfold Before Your Very Eyes…